FAIRFIELD, NJ / ACCESSWIRE / July 8, 2021 / Bergio International Inc. (OTC PINK:BRGO), a global trailblazer in the jewelry design and manufacturing industry, officially acquires GearBubble’s assets for $3.162 million. The addition of 51% of GearBubble’s assets purports to increase BRGO’s gross sales, adding an additional estimated $20 million. With this purchase, alongside the acquisition of Aphrodite’s in February, the company is estimated to have a 5000% increase in gross revenue this year. 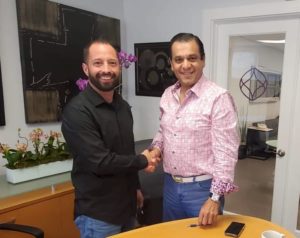 GearBubble is a B2B e-commerce fulfillment platform that works to improve the customer experience through integration with Amazon, Etsy, and more. In 2020 alone, the company had $27 million in revenue and was profitable. Although GearBubble has sold jewelry in the past, the past inventory lacked quality and they did not have the right vendor to meet high demand. By joining BRGO, they will get access to high quality jewelry with stunning and unique designs for an affordable cost. Their demand will also be met due to Bergio’s vertical integration and control over the manufacturing and speed of production.

BRGO is a major competitor in the jewelry industry in design and manufacturing, but the acquisition of GearBubble looks to make the company a further authority in the e-commerce space. GearBubble gives them access to all of its B2B customers and in turn their B2C customers, which allows for a widened reach to an entirely new customer base.

The advantages do not end there. GearBubble also opens the doors to countless new product categories, especially in the gifting category. This allows BRGO to utilize the e-commerce technology from GearBubble- along with Aphrodite’s technology- to expand its footprint online to sell directly to consumers, especially in the bridal jewelry niche. The pandemic greatly impacted this segment with a spike in engagement ring sales, an increase in the overall ticket price, and a major shift to online shopping. The current online jewelry market only has three major websites selling diamond bridal jewelry direct to consumers. BRGO intends on not only joining, but also standing out in this specific industry. It will be the only vertically integrated company on the market, allowing for competitive pricing and a significantly higher quality. This expansion is expected to lead to exceptional and industry-shaking growth for BRGO.

The transaction between BRGO and GearBubble is a transformative one. Bergio International paid in cash and acquires 51% of the company’s assets with no lasting debt. GearBubble only furthers BRGO’s ascension to the top of the jewelry industry. With GearBubble, the company projects to increase its yearly revenue of 2021 to an additional $20 million, but that is not including Aphrodite’s nor BRGO’s profits. The trinity of GearBubble, Aphrodite’s, and BRGO will likely bring in $30 million for 2021. The year 2022 will be the first full year the three will have worked together, which is will have a powerful impact on profits for company.

Aphrodite’s is a fast-growing e-tailer for jewelry. ‘Aphrodite’s and GearBubble are just the beginning,’ says Berge Abajian, CEO of Bergio International. ‘We’re looking at other opportunities and our goal is to be the leader in the e-commerce jewelry space in 2022. Now that we have the top tech team in this arena, we’re looking forward to expanding Bergio e-commerce which will include Bridal and Fine Jewelry to compete with major e-commerce sites in the Fine Jewelry Industry. The advantage that we have is that we’re vertically integrated, which other sites have failed to provide to their customer base.’

BRGO is a company that prides itself on its individuality and fine jewelry. Every piece it crafts is created with the utmost care and individuality, ensuring it isn’t in the likeness of a previous piece of the company’s or its competitors’. Much like its gems, BRGO selects the companies with which it ingrates while being meticulous, careful, and client-oriented. Both Aphrodite’s and GearBubble are proposed to take BRGO’s profits and vision to even further heights this year and beyond.